Be the first one to rate! Submit Review

It’s 1951 and the race is on to unlock the secret to life. An ambitious young scientist, Rosalind Franklin, holds the key to decoding DNA and has a Nobel Prize worthy discovery within her reach.

Franklin’s pioneering work using x-ray diffraction photography could lead to the biggest breakthrough in biological history. Hindered by her own perfectionism and rival scientists hot on her heels, Franklin grapples with the unjust consequences.

Inspired by true events, Sheridan Harbridge (Belvoir’s STOP GIRL) portrays a dedicated woman, in a world dominated by men, sacrificing her life in a relentless pursuit of science.

Rate us and Write a Review 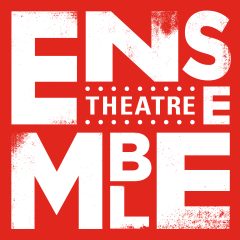 Your request has been submitted successfully.

Show all timings
Get Directions
Own or work here? Claim Now! Claim Now!
Choose a Plan to Claim Your Business

Claim request is processed after verification..

Appointment confirmation email will be sent upon approval.

We have received your appointment and will send you a confirmation to your provided email upon approval.